Sumo Logic's Modern SOC Summit brings together security and IT professionals together to re-think their strategies to modernize their security operation center (SOC) and understand the latest in cloud-native security.
Episode 3  |  29:24 min  |  07.09.2021

00:00
00:00
This is a podcast episode titled, Building a Cloud-native SOC: Fantasy? Reality?. The summary for this episode is: <p>The adoption of cloud technologies continues to snowball, and with that, we want to ensure the security of our cloud. In this session from The Modern SOC Summit, you'll hear from Dave Shackleford about building a cloud-native SOC. As CEO of Voodoo Security and security specialist, Dave takes us through the issues that can come up with transitioning to cloud-native and what you can do to ensure security in your cloud.</p>
Key Takeaways
Show Notes
Guests
Transcript
Takeaway 1 | 01:13 MIN
What Types of Data are Organizations Putting In the Cloud?
Takeaway 2 | 01:06 MIN
Issues That Come Up As Organizations Transition to Cloud-Based
Takeaway 3 | 00:45 MIN
Top 2 Pressing Issues When Moving to Cloud-Based
Takeaway 4 | 01:13 MIN
What Does the SOC Look Like Now?
Takeaway 5 | 01:45 MIN
When Building A Cloud Oriented SOC, You Have to Consider What Happens in Cloud Environments
Takeaway 6 | 01:53 MIN
How the Adoption of SOAR Like Technologies Plays Into the Concept of A Cloud Native SOC
Takeaway 7 | 02:07 MIN
What to do in Terms of Training Your Team

The adoption of cloud technologies continues to snowball, and with that, we want to ensure the security of our cloud. In this session from The Modern SOC Summit, you'll hear from Dave Shackleford about building a cloud-native SOC. As CEO of Voodoo Security and security specialist, Dave takes us through the issues that can come up with transitioning to cloud-native and what you can do to ensure security in your cloud.

CEO, Voodoo Security
Dave is the founder of Voodoo Security and specializes in intrusion detection, virtualization security, risk management, compliance, security configuration, and the ability to explain these to all audiences.
Connect with Dave 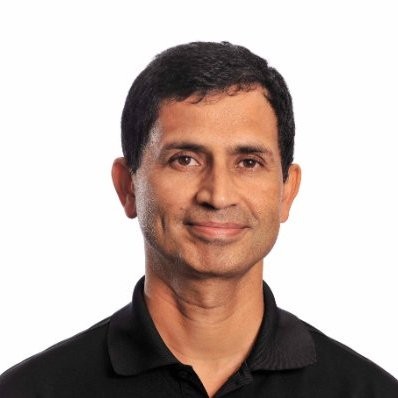 Girishwar: Welcome to the Modern SOC Summit. I'm Girishwar, I lead the security marketing practice at Sumo Logic. And I'm also the host for today's session. Today's session is building a cloud native SOC. We want to explore is it a reality, that is, can you build a cloud native SOC or is it what I call, is it just a fantasy? As we all know, the adoption of cloud technologies, whether it's cloud native or cloud hosted, continues to grow to solve different business problems. Security teams and security practitioners have been kind of embracing cloud technologies and what we want to also explore is, is this a synergy that's happening more? And what are the things that security practitioners and leaders need to consider in the upcoming years? It's my pleasure to welcome today's speaker Dave Shackleford. Dave Shackleford is a preeminent security specialist and he is one of arguably the most influential and knowledgeable person when it comes to everything cloud security. In addition to not only being a practitioner and an expert, Dave is the CEO of a security consulting firm called Voodoo consulting. And he's been active in the community, working with organizations such as IANS, Cloud Security Alliance and many, many more. Additionally, Dave Shackleford is also a member of Sumo CSSO advisory board. So at this point in time, Dave, welcome, and thank you for speaking at the Modern SOC Summit. The session is all yours sir.

Girishwar: I've had some experience with automation, building natively, as well as standalone SOAR tools. What I've realized Dave, I would love to get your opinion on this, SOAR tools do a great job integrating across the ecosystem. IT, security and everything related to security as I like to call it. That serves as starting point to do the evidence gathering, to investigate, to detonate in sandboxes of whatever the use case specifically is. So I'm seeing more and more adoption of SOAR like technologies. I just wanted to get your thoughts on how that's playing into the concept of a cloud native SOC these days.

Dave: Yeah, that's a great question. And I think the SOAR space has definitely matured, but that the name of the game with SOAR is integration, right? And having APIs that work with cloud environments and other tools and technologies. And there's so many examples you could give, right? I mean, some of these might be a basic blocking and tackling. We see some really unusual traffic that absolutely is malicious. Why in the world would people have to go spend a bunch of time deciding whether or not to block that particular domain, right? You could automate that. You could say," okay, while we figure out what's going on, let's just put an automatic block rule in place within our security groups or some other technology that we're using for access controls. Or let's initiate some collection of evidence or information from a workload based on the fact that it's behaving unusually. I don't want to go do that manually. I shouldn't be doing that manually." And so I think I look at SOAR as almost kind of the security glue that helps us define much more programmatic workflows and initiate them. So you still want smart people in the mix. Looking at things and going," Hey, that's not normal." But after that, do you really want your super skilled analysts that are already stressed for time to have to go digging around looking for this, looking for that? No, no, no, no. We can automate all that. So build it one time and make sure it works right. And then automate the heck out of that. And I think SOAR is the answer to that. So I'm excited to see this emerging and coming along, and I think it's a natural fit for things like SIM that work within that software fabric of the cloud. I think those can work together very nicely and yeah, there's some elbow grease up front to sort of get it in place and make sure that all of your workloads are sort of the right ones. But that's really good time spent because it'll save inordinate amounts of time later on. So I'm a big fan and I'm excited to see where it's actually headed.

Girishwar: Yeah, perfect. That's what we are seeing. And if I put my Sumo lens on which I don't want to do for the session Dave, that's the direction we are headed as well. Thank you, back to you.

Dave: Absolutely. Yeah. And I'd be surprised as a leader in the space if you weren't. So look, let's just wrap up talking about what to do in terms of training the team and I'll keep this brief. But the whole idea of really getting your team in the trenches, getting their hands on it's all about game days. And this is the term that AWS in particular has been very vocal about. In fact, if you go dig into some of their well- architected framework and some of the best practices that they espouse, game days are right there as well. Because they're acknowledging, and I think we all are, that there's really no substitute for real world, sort of hands- on practical practice and experience. And this goes beyond the idea of something like a tabletop. So you start with that concept, but tabletops tend to be paper tigers," Hey, we're sitting around in a conference room with a whiteboard." Fantastic. That's a good start, but why don't we take that time and better spend it on building out something that we can actually test and have your own sort of test environment set up. So, like I said, spin up an AWS account, spin up something in Azure. And it gives you the opportunity to review your plans, test assumptions, find where there are gaps and also get those skills firmly embedded in the SOC team. And so these are just some simple examples, and I only pose these to get you thinking. So," Hey, somebody has an S3 bucket that was accidentally changed in a way that exposed data. We don't necessarily know what that looks like, but let's think about it." So what would I take as actions thereafter? I want to identify the bucket and look at attributes. In other words, what does it look like now. Is logging turned on, is versioning turned on, are the data and maybe the bucket itself encrypted, what are the permissions in place? And by the way, what is the root cause of this in the first place? So I got to go back to the events around that bucket and say, who in the world made this change? What's going on? Was it malicious? Was it an accident? Did we see follow up access that would indicate a breach? Or did we get lucky and simply discover something that was accidentally changed and we can quickly change it back and count our blessings, that it didn't turn out to be a disaster inaudible, right? So these are all the things you would think about doing, but this is a great scenario to start with. Certainly exposed S3 buckets aren't a new topic in the industry and to sort of wrap us up and sort of think about those next steps and where you want to go. Key things to take away, right? Align your SOC with risk and security assessment teams, make sure that you're doing things like threat modeling exercises. That's always good. Make sure you have SOC accounts and subscriptions enabled so that they can get to the assets and they can see what they need to see. And even potentially perform response actions. Look for tool alignment, where you can get it, but really consider a more cloud native and oriented SIM and whole set of technologies that's built for that explicitly. A lot of the tools from yesterday that were on premises, weren't designed for this. And they're trying to adapt of course, but if you're really proliferating assets into the cloud, look for technologies that can help. Obviously any other sorts of brokering tools, inaudible and posture management services, et cetera, might be useful in certain scenarios, but then build out those detection and response workflows. And of course, use automation where it makes sense. So just to sort of give the final points, go get cloud event data. Get it. You know where to go. Go find it and figure out how you're going to assimilate that. Number two, find out what's interesting in those cloud events. And again, there's help for you. This is the good news. So it's not as though you have to go just pouring through logs manually. I don't wish that upon anybody. But number three, and most important, once you've gathered that information, make sure that you're automating and updating your workflows to better represent the cloud scenarios that you guys are actually in. So, thanks so much for attending again. I think if you haven't completely made that shift towards a cloud SOC, there's no better time than right now.

Girishwar: Thank you so much, Dave. This was so informative. I'm mentally taking... I curiously took many mental notes about roadmapping. Not only the gamification, as well as some of the recommendations. Just chock full of information. Thank you so much. And my takeaway is, we're heading the right direction in terms of the cloud evolution. And there are great tips here for anyone who's wanting to build a cloud native SOC or head in that direction. Thank you very much Dave. Very much a pleasure.

Dave: Thanks for having me.

Getting Started with Cloud SIEM

Building a Modern SOC: In-house vs. MDR/MSSP vs. a Hybrid Approach

Disrupt Your SOC or Be Disrupted