Sumo Logic's Modern SOC Summit brings together security and IT professionals together to re-think their strategies to modernize their security operation center (SOC) and understand the latest in cloud-native security.
Episode 2  |  27:15 min  |  07.09.2021

How to Automate Your Cybersecurity Initiatives Using SOAR

00:00
00:00
This is a podcast episode titled, How to Automate Your Cybersecurity Initiatives Using SOAR. The summary for this episode is: <p>This Modern SOC Summit session is with Dario Forte and Andrea Fumagalli, who will take you through the automation and orchestration of SOAR. Dario is the VP and GM of Security and Orchestration at Sumo Logic. Andrea is the VP of Engineering at Sumo Logic. Today, they discuss the critical components of why Sumo Logic Cloud SOAR will be a leading platform, showing you how the platform works to understand the Open Integration Framework.</p>
Key Takeaways
Show Notes
Guests
Transcript
Takeaway 1 | 02:01 MIN
The Way a SOAR Should Work
Takeaway 2 | 01:46 MIN
Automation Performs Four Categories of Tasks: The Triage, The Enrichment, The Notification, and The Containment
Takeaway 3 | 01:18 MIN
The Open Integration Framework
Takeaway 4 | 01:41 MIN
Stronger Automation Engine and the Case Management Capability
Takeaway 5 | 01:58 MIN
The Triage Machine Learning and the Supervised Active Intelligence
Takeaway 6 | 01:30 MIN
How Cloud SOAR Works in Terms of Automation
Takeaway 7 | 02:12 MIN
Understanding the Open Integration Framework(OIF)

This Modern SOC Summit session is with Dario Forte and Andrea Fumagalli, who will take you through the automation and orchestration of SOAR. Dario is the VP and GM of Security and Orchestration at Sumo Logic. Andrea is the VP of Engineering at Sumo Logic. Today, they discuss the critical components of why Sumo Logic Cloud SOAR will be a leading platform, showing you how the platform works to understand the Open Integration Framework. 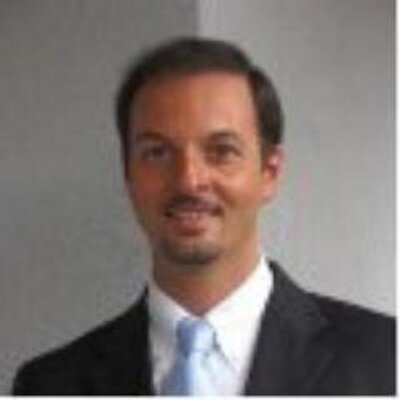 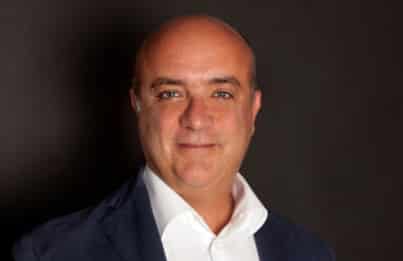 VP and GM Security Orchestration at Sumo Logic
Dario is a technology and cybersecurity entrepreneur. The Company he Founded, DFLabs, was acquired by Sumo Logic (Nasdaq: SUMO) and built a SOAR technology to reduce the incident triage and response time from hours to seconds. After the acquisition, Dario became V.P. and G.M. Orchestration and Automation of Sumo Logic, Responsible for Orchestration and Automation, contributing to Sumo's Technology Strategy. He co-hold five U.S. Software Patents and has co-edited 3 ISO Standards in this sector. Before that, Dario spent 15 years in Cyber and Organized Crime Enforcement, also working in the USA with NASA and many federal agencies. As a practitioner, he managed information security strategies and undertook incident management and digital investigations, advising more than 150 companies with revenues above the 400Mln Euros annual turnover.
Connect with Dario

Andrea: Thank you very much, Dario. Here we go. So let's try to understand first of all how it works in terms of automating maybe some use cases. So, first of all, this is our best practice that we developed over the years. It all starts from analyzing standard operating procedures, identifying what are the technologies that are required by them. And from here, we identify what are the actions to be implemented in playbooks and playbooks are a graphical representation of the workflow for the incident management. Then it's fundamental to define the KPIs and the reporting for monitoring the SOC performances and the specific metrics, which are relevant to let's say, understand how it's going with the different incidents. And last but not least, of course, we realized that it's fundamental to change the let's say analysts standpoint, providing them advanced training for learning how to work with a SOAR, which is slightly different from the typical manual tasks. Of course, the overall goal is to reduce the reaction time, which is a fundamental goal. And of course, we love the flexibility that we can implement with our tool for refining and amending the different playbooks in future and adapt it to the increase the maybe policies and change policies. Here, you can see how a playbook looks like. It's a graphical representation of the workflow. There are different types of actions. Each one is identified by category and a color code. We have operators and those operators are fundamental to evaluate results of the different actions and initiate additional actions as reaction. Now let's jump into the real platform and let's try to understand how the OIF, open integration framework, looks like. As it was mentioned by Dario, it's a combination of multiple different connectors. We have more than 200. And of course, for each one, we have specific actions that have been developed. Here, of course, we have also connectors with Sumo Logic, CIP and CSE. CSE is typically one of the platforms that we integrate with for trapping all the different alerts signals, and so on. We have here a series of actions that we developed, and you can see there the different, let's say colors representing the categories. We can create demos that are pieces of codes running at regular intervals. And here you can see that the source code can be developed with four different languages per Python, PowerShell and shell scripting. All of them are all into Jamo files. We integrate an IDE environment for developing new actions, amending existing actions. And for, of course, testing, saving and testing those actions directly from here. This is to speed up the demos and facilitate as much as possible in implementing new logic inside the playbooks. From here, we can also configure the resource that we want to reach. We can test it. And of course, the benefit is that all the source code is in clear text can be edited any time, can be easily modified, and those actions can be used for let's say, creating the required playbooks. As anticipated by Dario, we can create linear playbooks, very easy ones. We can create more sophisticated playbooks, maybe including operators to evaluate automatically conditions returned by the previous executed actions or asking the user for providing an input. This is what we call the user choice. Of course, with the different playbooks you can represent the different type of let's say processes. And of course, playbooks can be composed by different type of actions as we anticipated. Now, what are the final conclusions? First of all, inaudible with the Sumo Logic SOAR with the concept of playbook implements, actionable incident response plans. This is achieved defining easily playbooks, which are composed using the different blocks that are part of the different OIF integrations, different connectors. The analyst requires additional training for understanding how to work with the SOAR and their skills will change from let's say, performing manual tasks to applying something like governance on the activities which are executed by the playbooks for interpreting the results and take in decisions. So another important objective is to free up time for the analyst to be more focused on taking decisions instead of executing repetitive mundane tasks. And finally, the concept of progressive automation. Progressive automation means the ability to decide to add new automation steps on existing workflows, implementing new steps automatically that they were previously executed by analyst manually. So the more you build your confidence with automation, the easier it is to implement those new actions. Thank you very much for attending this presentation and we are available for, of course, providing demo as anticipated by Dario. We will publish a series of resources. So guys stay tuned. Thank you very much.

Getting Started with Cloud SIEM

Building a Modern SOC: In-house vs. MDR/MSSP vs. a Hybrid Approach

Disrupt Your SOC or Be Disrupted