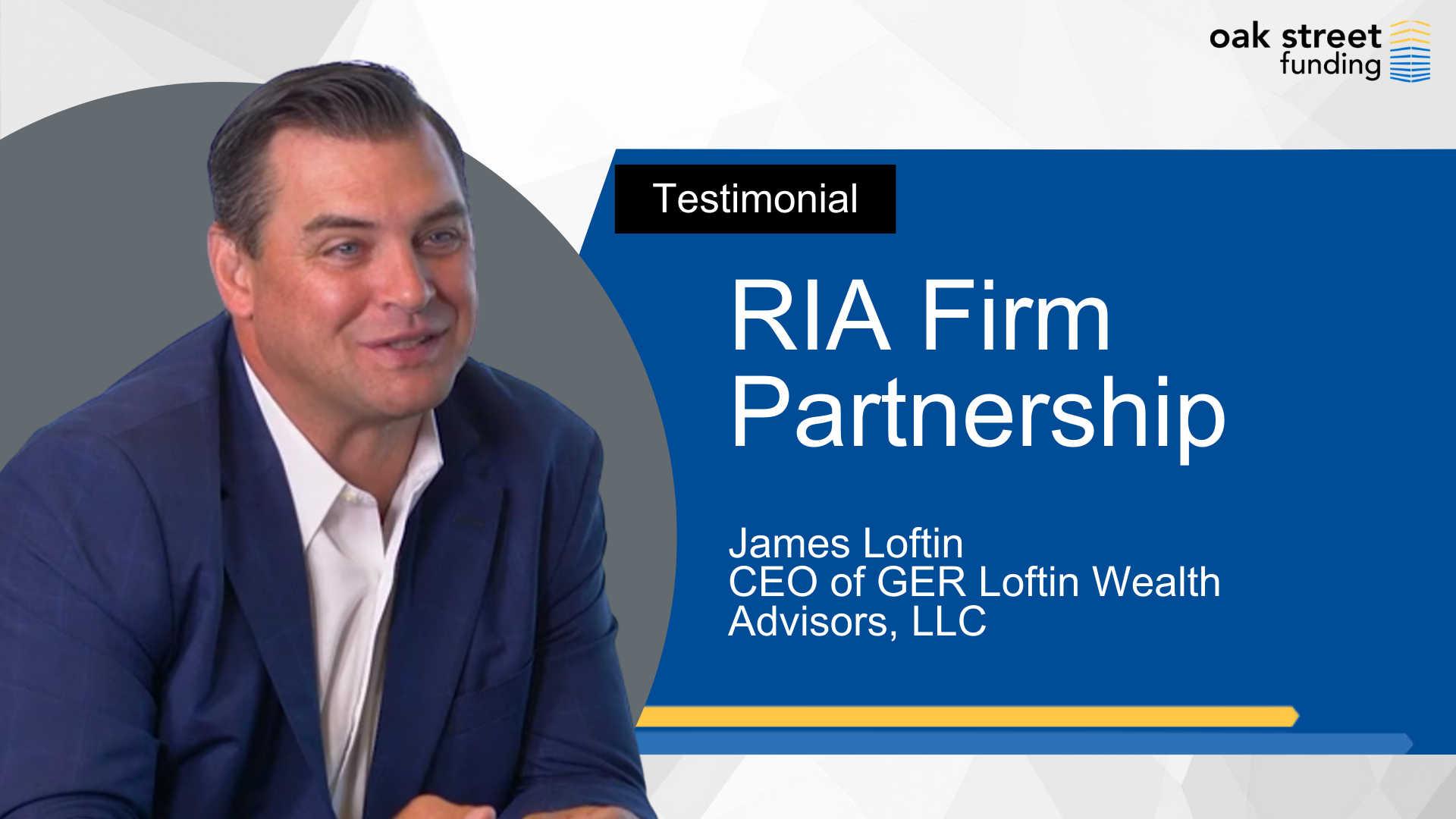 00:00
00:00
1x
This is a podcast episode titled, Testimonial: RIA Firm Partnership - James Loftin. The summary for this episode is:
Transcript

James Loftin: Hi, I'm James Loftin and I'm the CEO and co-owner of GER Loftin Wealth Advisors in Atlanta, Georgia. We had had a loan already, a working capital loan that we had set up with another lender. It was a pretty well known lender in the industry. We just started to look and thought, we might want to ease into a buyout with my senior partner and I. And so we needed some funding for that deal. We were really just focused on that. And then we got in to do the deal, you guys said, "Hey, why don't we look at your other loan too?" And it ended up being a package deal where we combined the two loans. It was great. Y'all actually lowered our rate and helped tie in the two loans together. And it worked really well for us. The main concept is you've got to be able to project forward off the revenue streams of our types of businesses. So many banks don't really understand what we do. And the fact that you had a model for understanding this helped us to realize you really did get and understand our business. The response time throughout the process was just amazing. It was always within usually same day when we reached out to you, you guys were right back on it, helping us through the problems and the normal issues that could pop up in doing any type of loan. You guys were always there to service. It never seem like it was a trouble to take the time to get with us. The sense of urgency I felt throughout the process was you were really trying to move it along at a pace that was just like you guys were trying to close your own loan. It was really a nice experience. My next mode of business is going into more acquisitions and mergers. And to do that, I'm going to need funding. And when I do, I'm absolutely going to put you guys in the front row for me to call to try to work those deals. So thank you guys. Actually, I've already referred several people in the industry that I know that run large firms. These are firms anywhere from a hundred million on upwards over a billion that I've already put your name out with them. I think with companies like you guys, it's just the next 10 years for everybody. It's really going to be an exciting time. With the other loans we had done in the past, it felt like once the deal was done, it got quiet and you didn't really know how things were going. It was kind of hard to get someone on the phone. It seemed like everyone was busy. No one really had the time that they did before the loan was closed to try to help us. Oak Street [Funding] continued to service us. They continued to call and check in on us. They continue to see that things were running smoothly. They checked in on us month to month. And anytime we had questions, they were still there. So it was like a seamless continuation of the service model which we really appreciated.